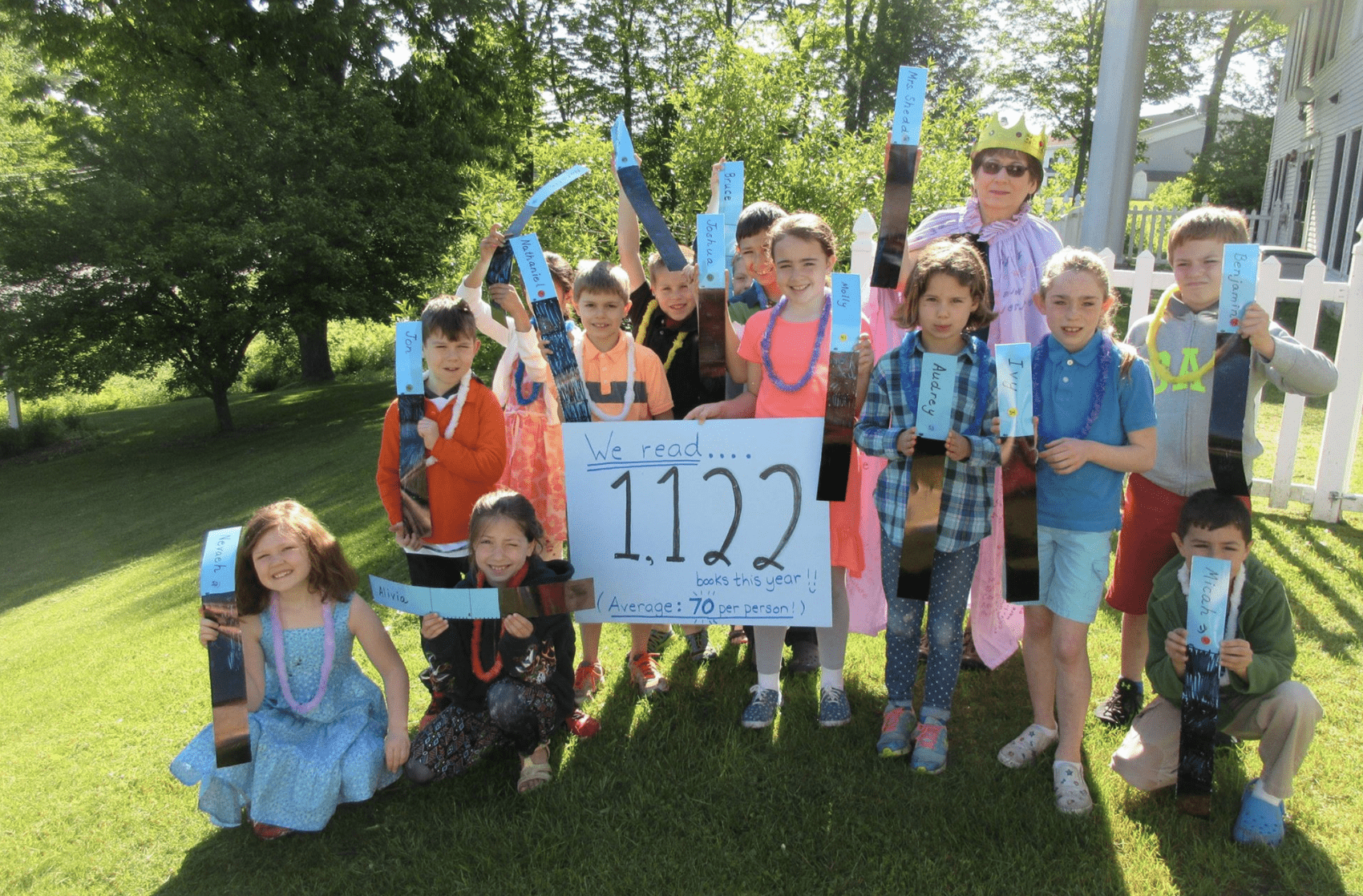 This is what our Forty Book Challenge celebration usually looks like along with what it looked like this year. Whatever the year brings, books remain such a great adventurous joy to us! (We had a super small class this year, so the number looks small–and backwards, oops–but we averaged 69 chapter books per person!) Huzzah, mighty readers! 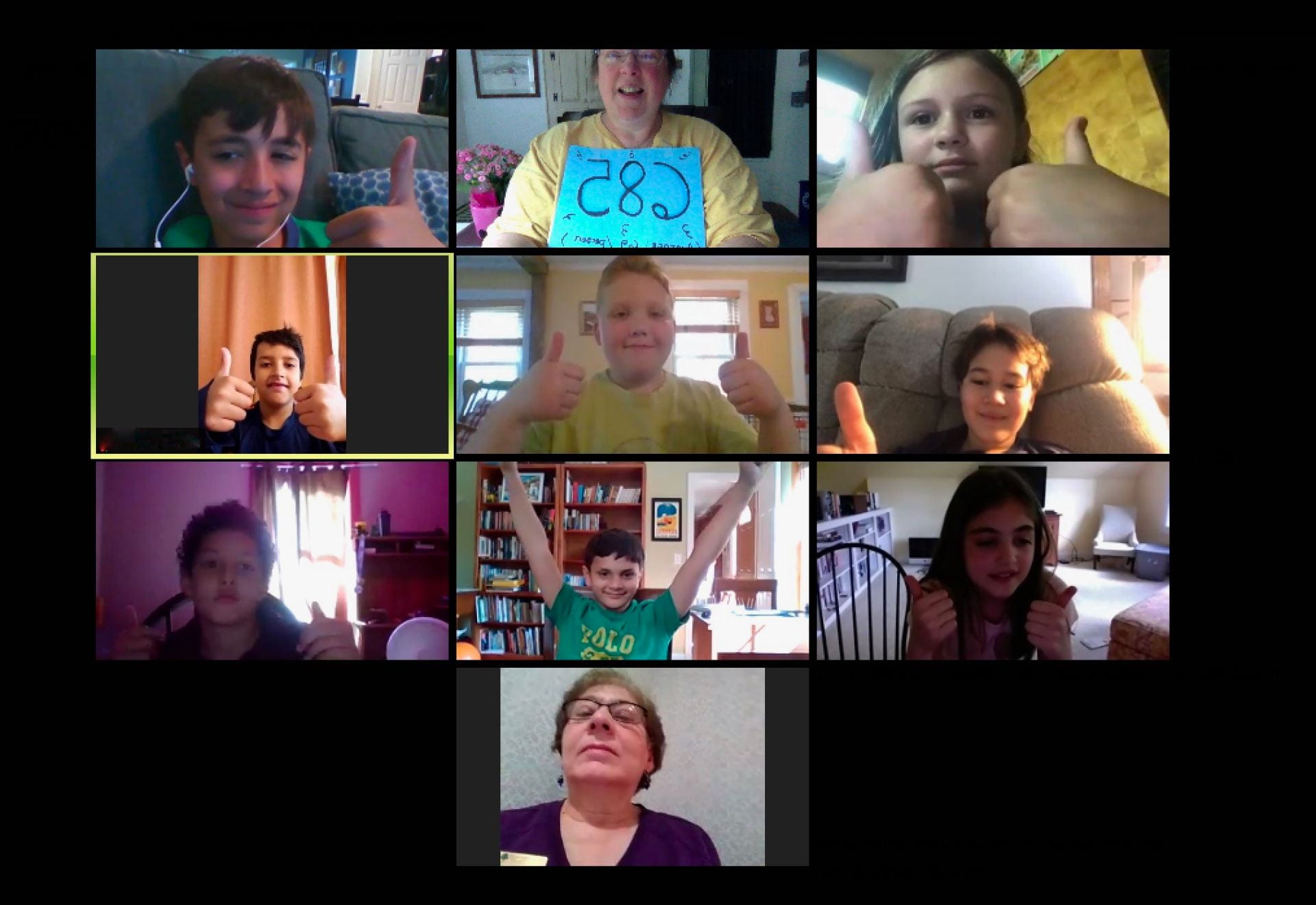 A rousing game of Summer Charades filled my heart with gratitude this morning for these amazing children, gifts from God.  They have been so flexible, so gracious, so loving to each other through this time of remote learning.

Here is an example of why teachers feel sad as summer vacation draws near.  The community you build all year is so precious, and every individual brings richness to each day’s learning.  This was just a random share during our Zoom, but these “ordinary” yet startling and extraordinary thoughts from children are part of what I adore about my time in the classroom with them.

“What’s new with me is an army of flowers is sprouting up everywhere!  We had a contest with my sisters to make our mom a bouquet, and . . . . . ”

Do you wonder if teachers treasure every little moment?  They do.  I will never get enough of these young people. 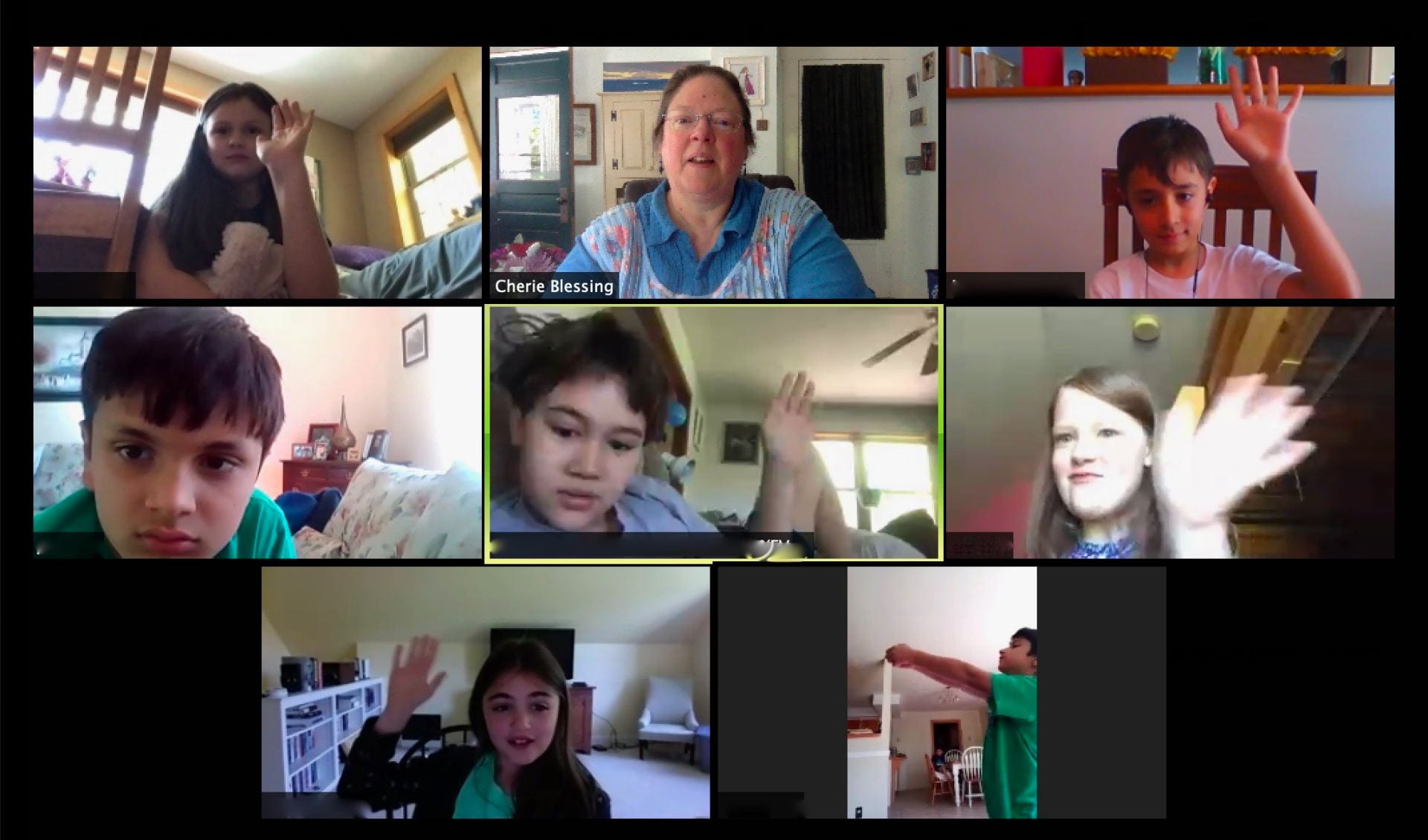 Well, cooking is not my thing, but science is, so when I was making my goals for this stay-at-home time, learning to make kombucha tea was my “out there” goal. 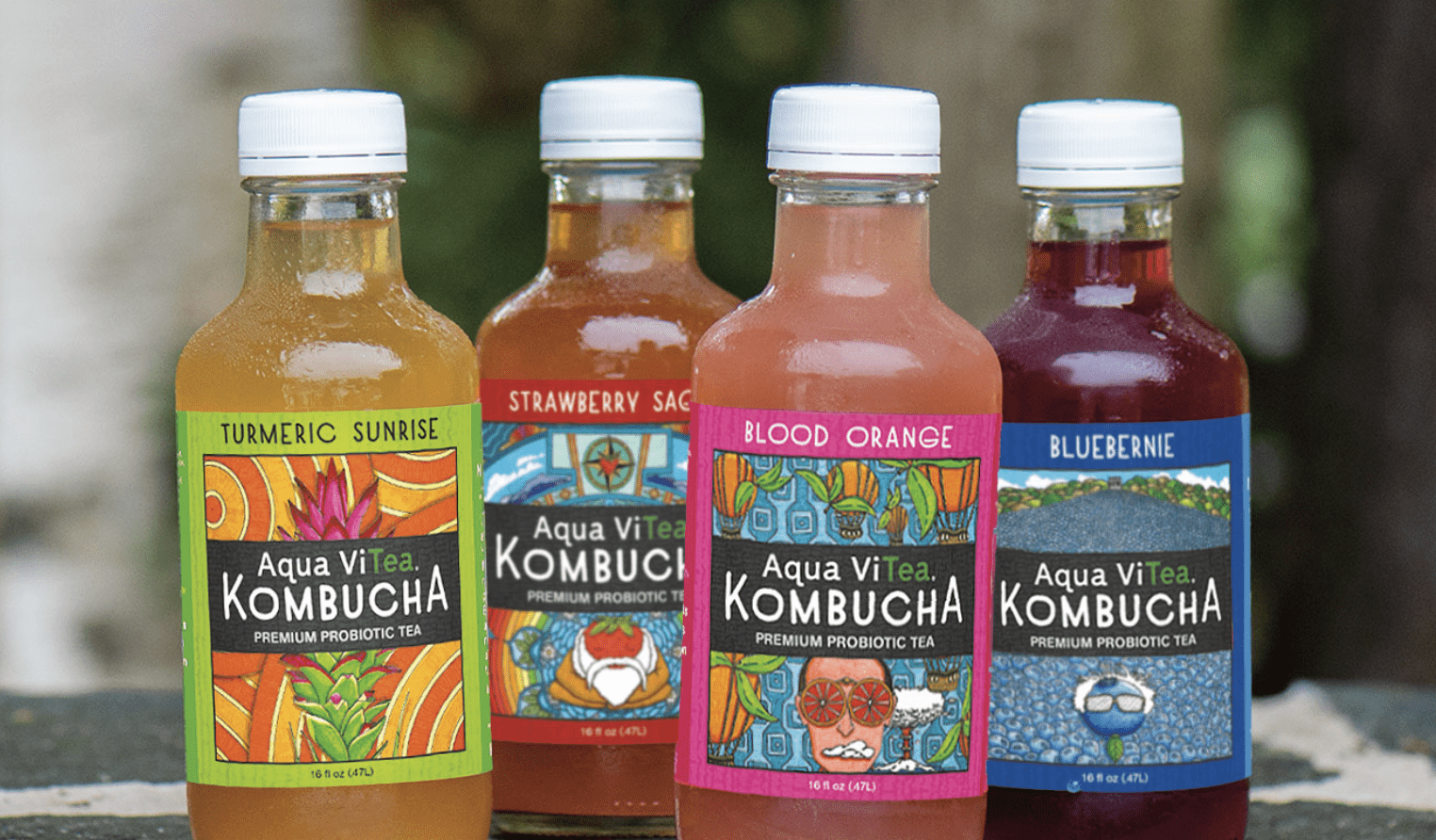 I have started drinking kombucha as part of my healthy choices, but it is so expensive!  So I began investigating my Wonder project with figuring out the cost difference if I learned to make this myself.  (Math is everywhere!  Where have you heard that before, kids?  Ha ha.) 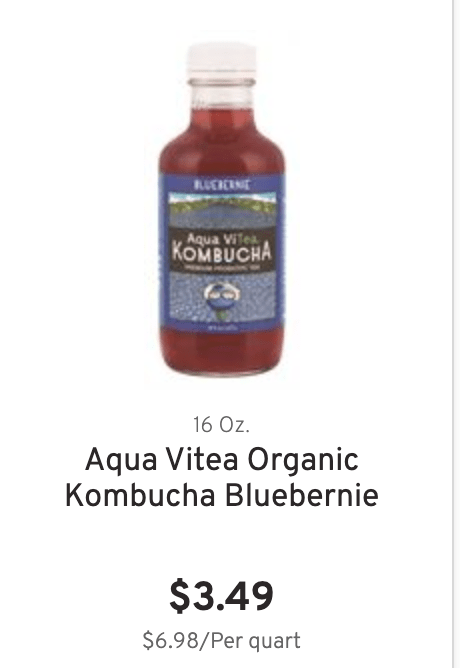 So this is the kind of kombucha that is my favorite, and 16 ounces is two servings, so about $1.75 a serving.  To make homemade, you mainly only need tea, water, and sugar, plus some flavorings you add later, which can be as simple as a little ginger and honey. 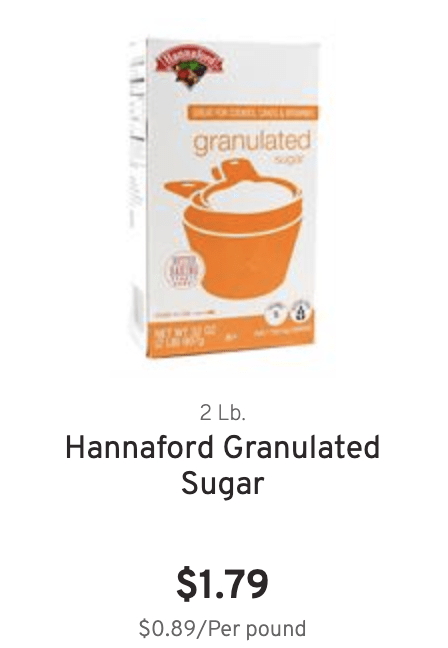 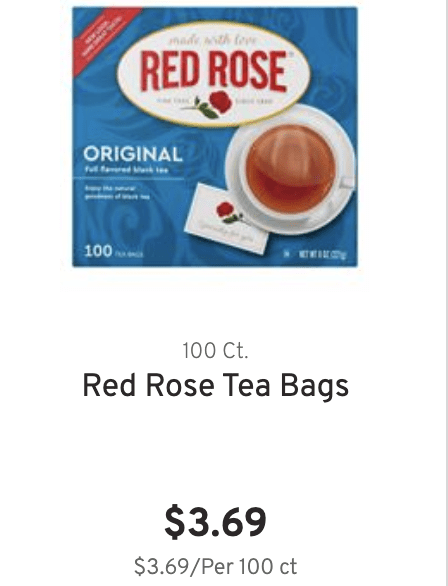 So there are 96 teaspoons in one pound of sugar, and it takes 24 teaspoons for one batch (half a cup).  That comes to 22 cents per batch for sugar.  It takes 4 teabags per batch, so that is 15 cents per batch for tea.  So each batch costs about 36 cents, plus a little bit for a couple of strawberries or blueberries.  So let’s say about a dollar a batch, which makes 8 servings.  So instead of $1.75 a serving, homemade would only cost about $0.13 a serving.  That is a big savings!

Kombucha is a tea that people have been drinking for thousands of years.  It has healthy probiotics and antioxidants, and it is supposed to help prevent many different health problems.  You put some specific strains of bacteria, yeast, and sugar in with black tea and then allow it to ferment.  It creates this blob of good bacteria and yeast called a SCOBY, which looks pretty gross and has been hard for me to get used to actually!  Our classroom worms are nothing compared to looking at this stuff!

After the right amount of time, you take some of the tea and bottle it with added things like some strawberries or blueberries.  You keep the SCOBY and some of each batch to start the next batch. You let the bottles ferment a bit longer with the fruit in them, which makes some acids that make it carbonated.  Then you drink it, and it is healthy, fizzy tea.

So here I am on my second batch.  It came out pretty well for my first try, but I confess to you that I did have my sister act as my cupbearer like the ancient kings used to do.  She has made it before, so I know she would know if it smelled right.  It did.  It was good.  I tried strawberry this time, and next time I’m going to try apple cinnamon.  I’ll let you know how it’s going as I learn more along the way.  Oh, the great adventure of learning, SCOBY and all! 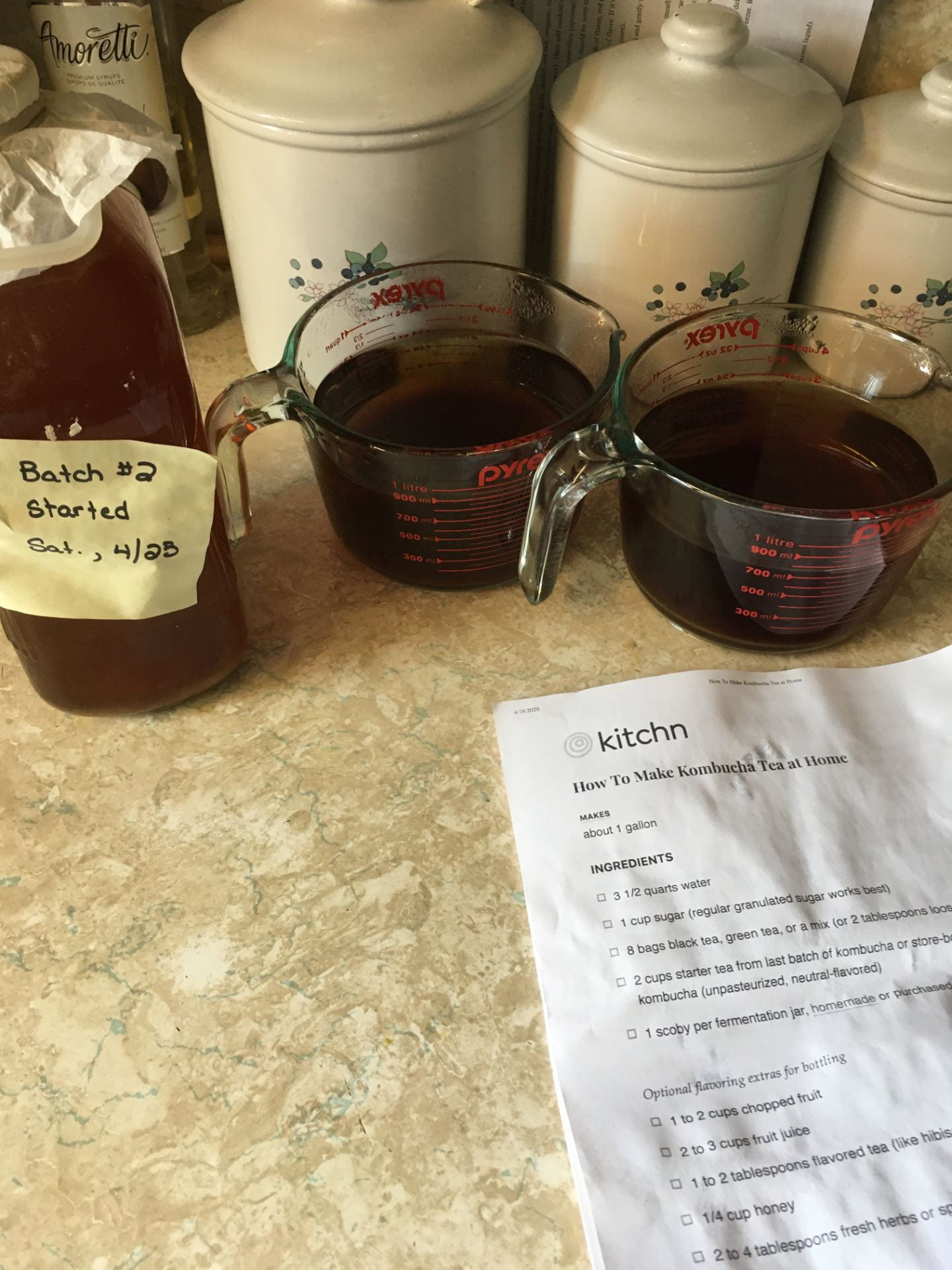 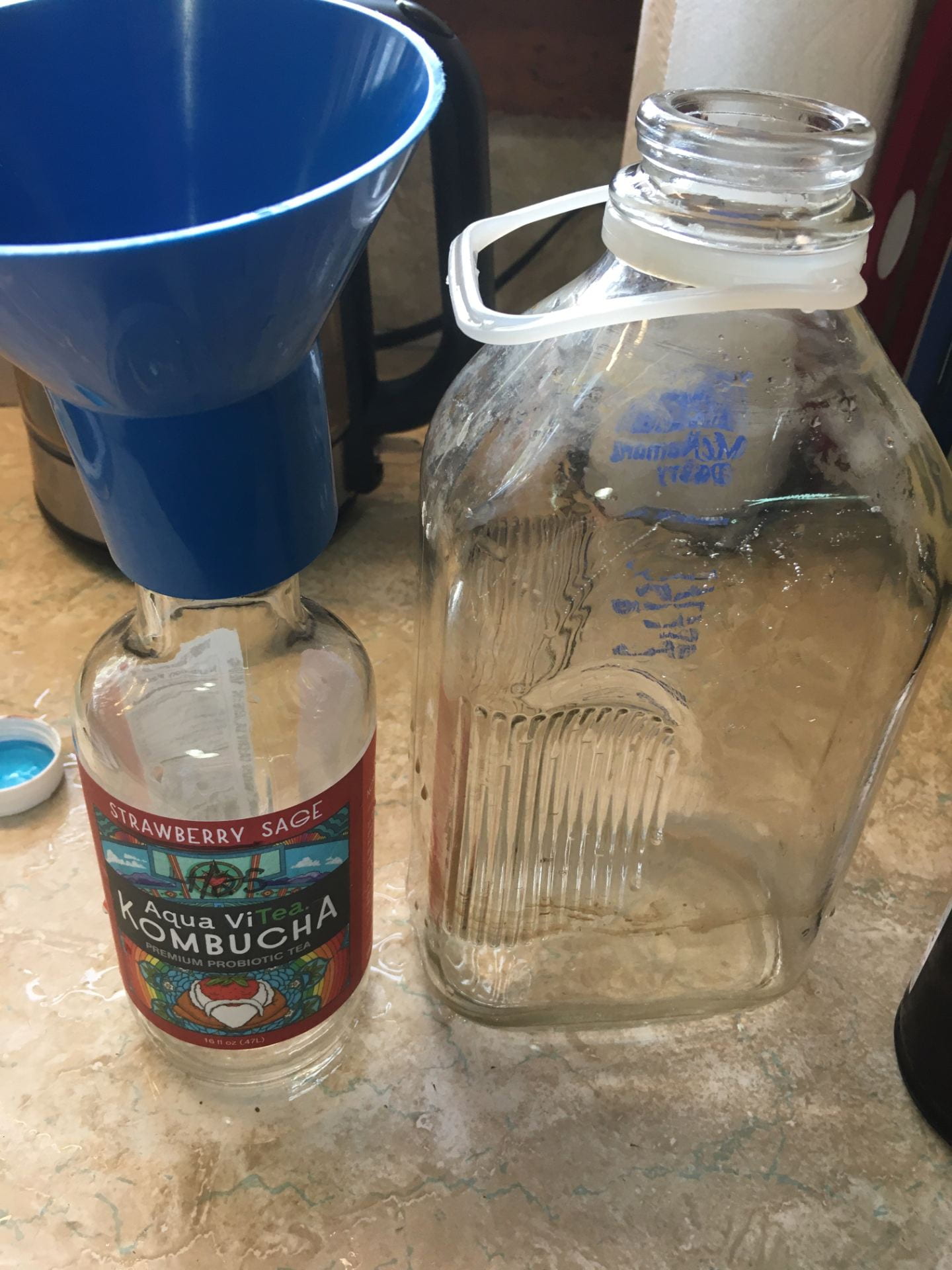 First, we had the privilege of having Mrs. Fogg lead our morning meeting Zoom.  She highlighted her wonderful pets, asked us about ours, had us move like her pets for some brain oxygen to start out the day, and prayed for our day.  It was so wonderful to be together with her!  Thank you, dear Mrs. Fogg! 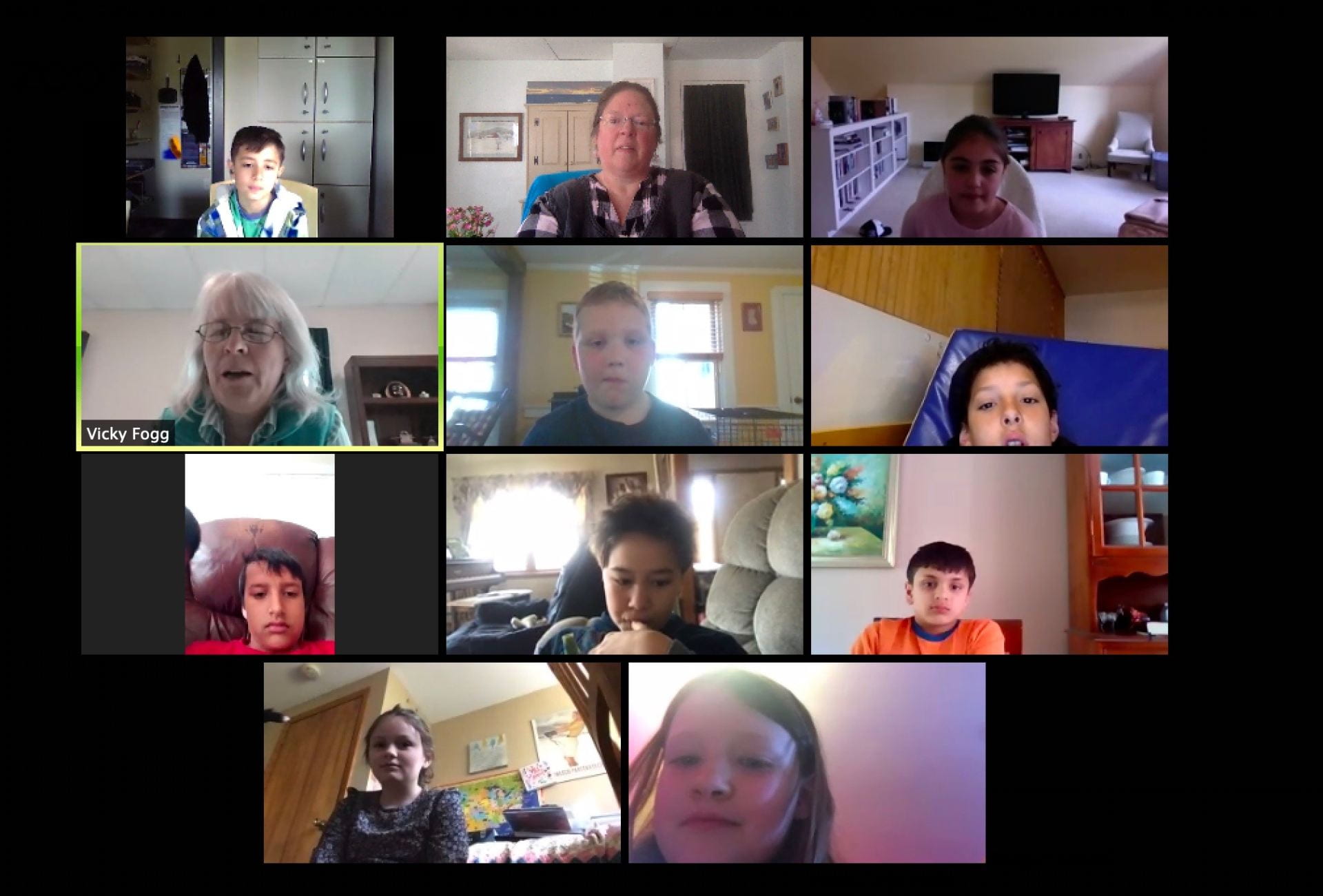 Today was Wonder Day!  These young scholars chose questions they were truly curious about, questions that light their brains on fire!  Then we each spent time investigating our question, followed by sharing discoveries with the world. 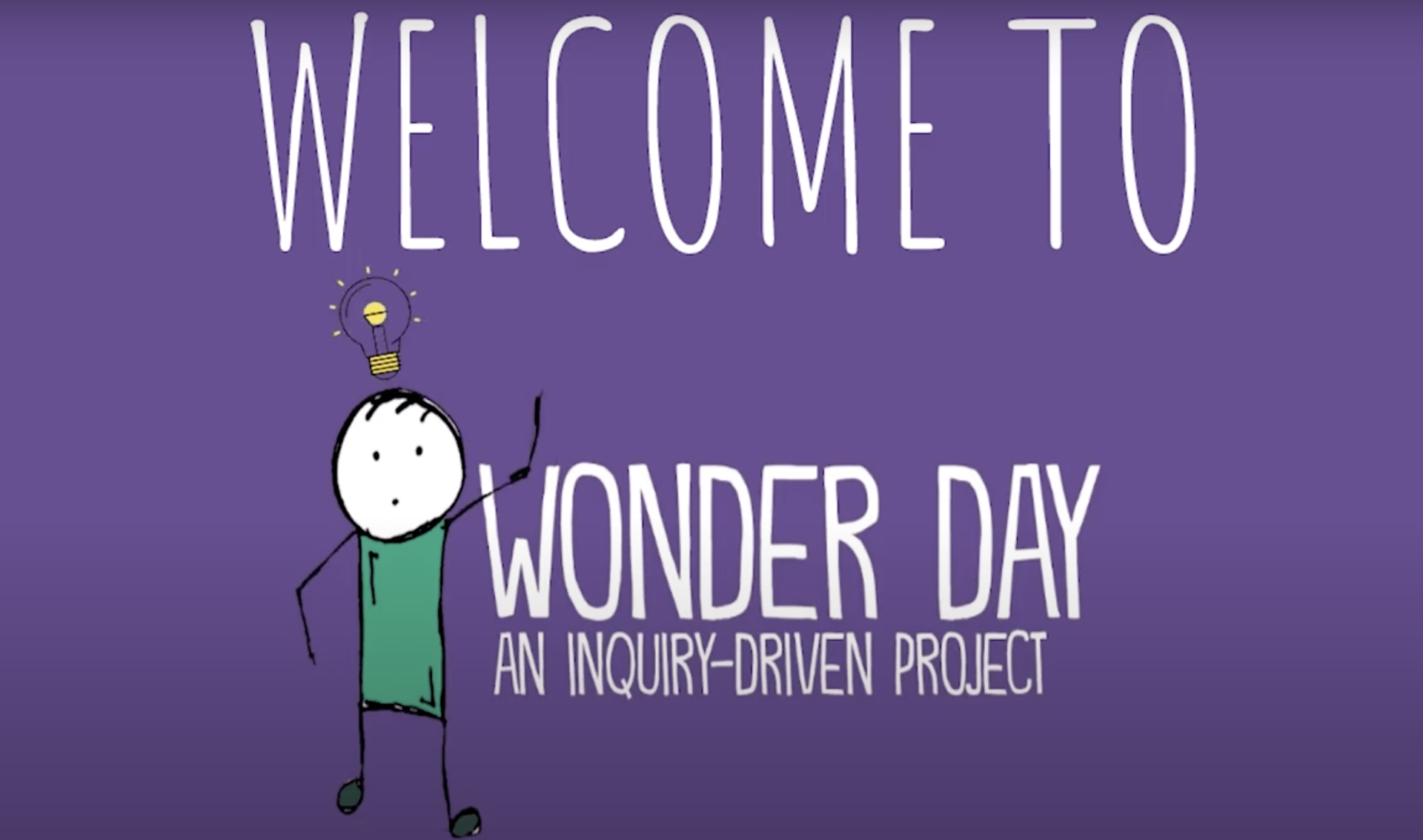 Do take a few moments to visit the student blogs on the right side of our class blog to see each Wonder Day project.  From making elephant toothpaste or doll furniture to investigating the history of Legos or ballet, each topic is fascinating.  The students’ inquiry skills are growing this year! 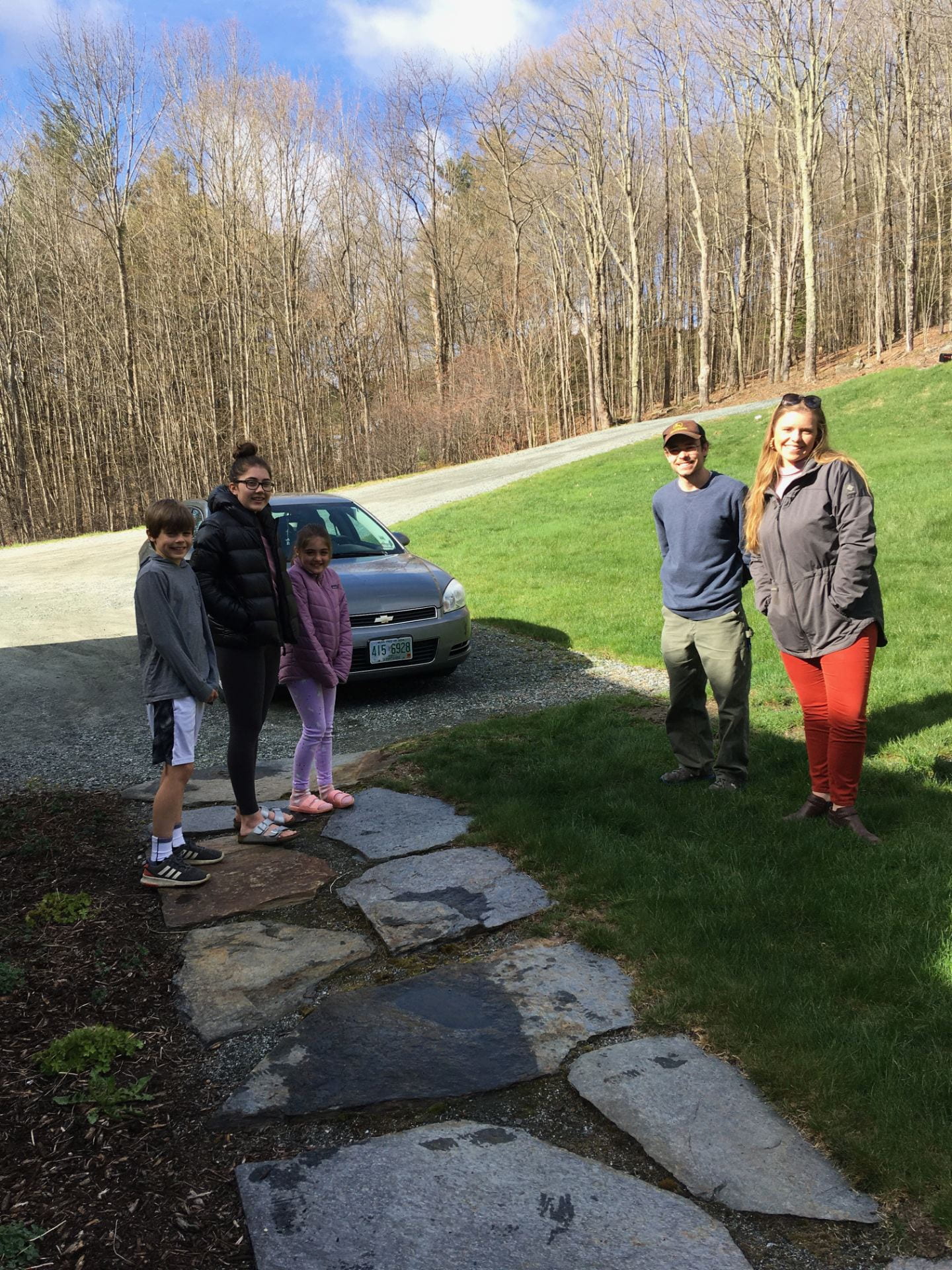 One family had a physical distancing visit from wonderful Mr. and Mrs. Barnes which included fresh eggs from BAH-KE Farm! 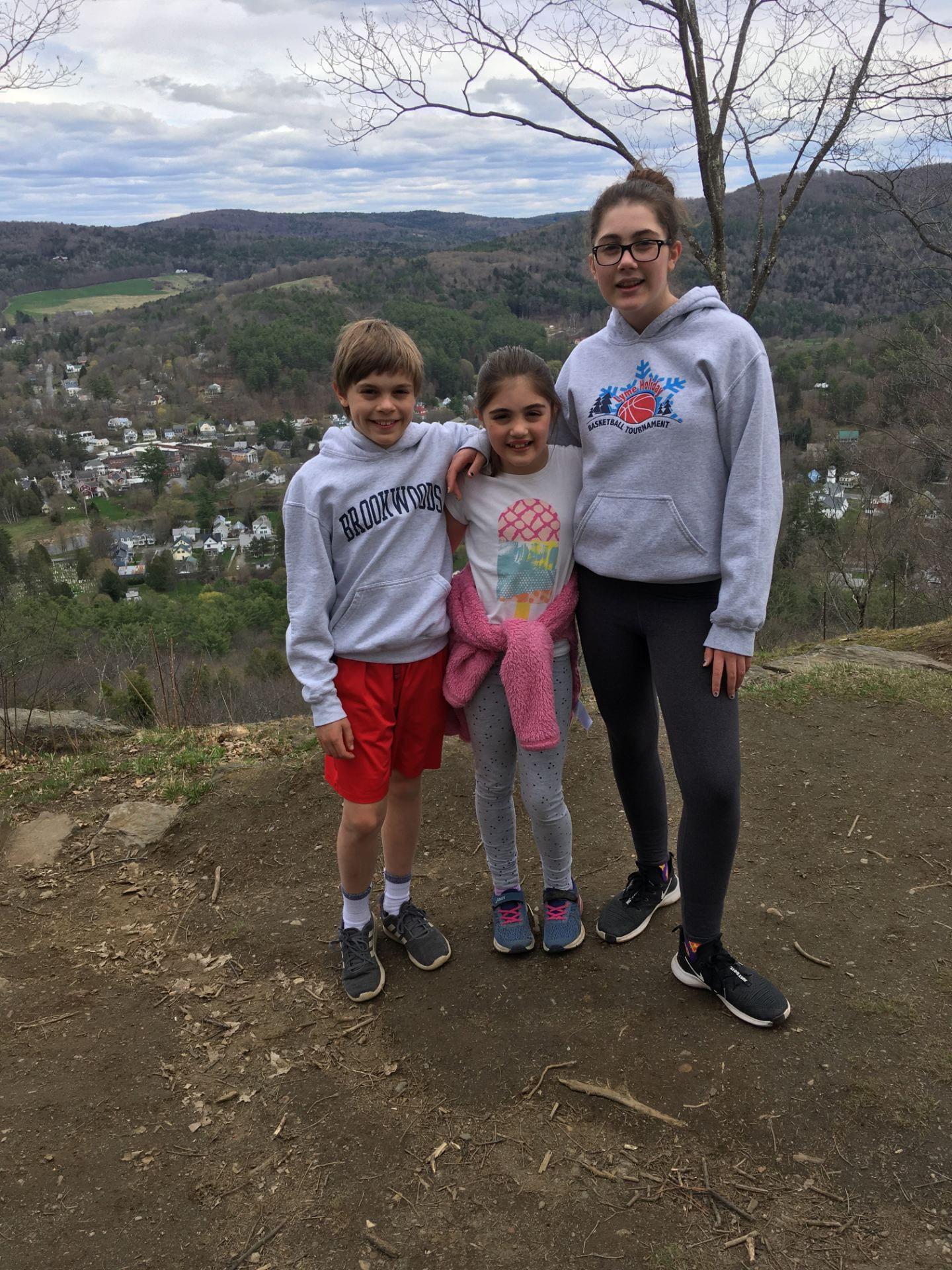 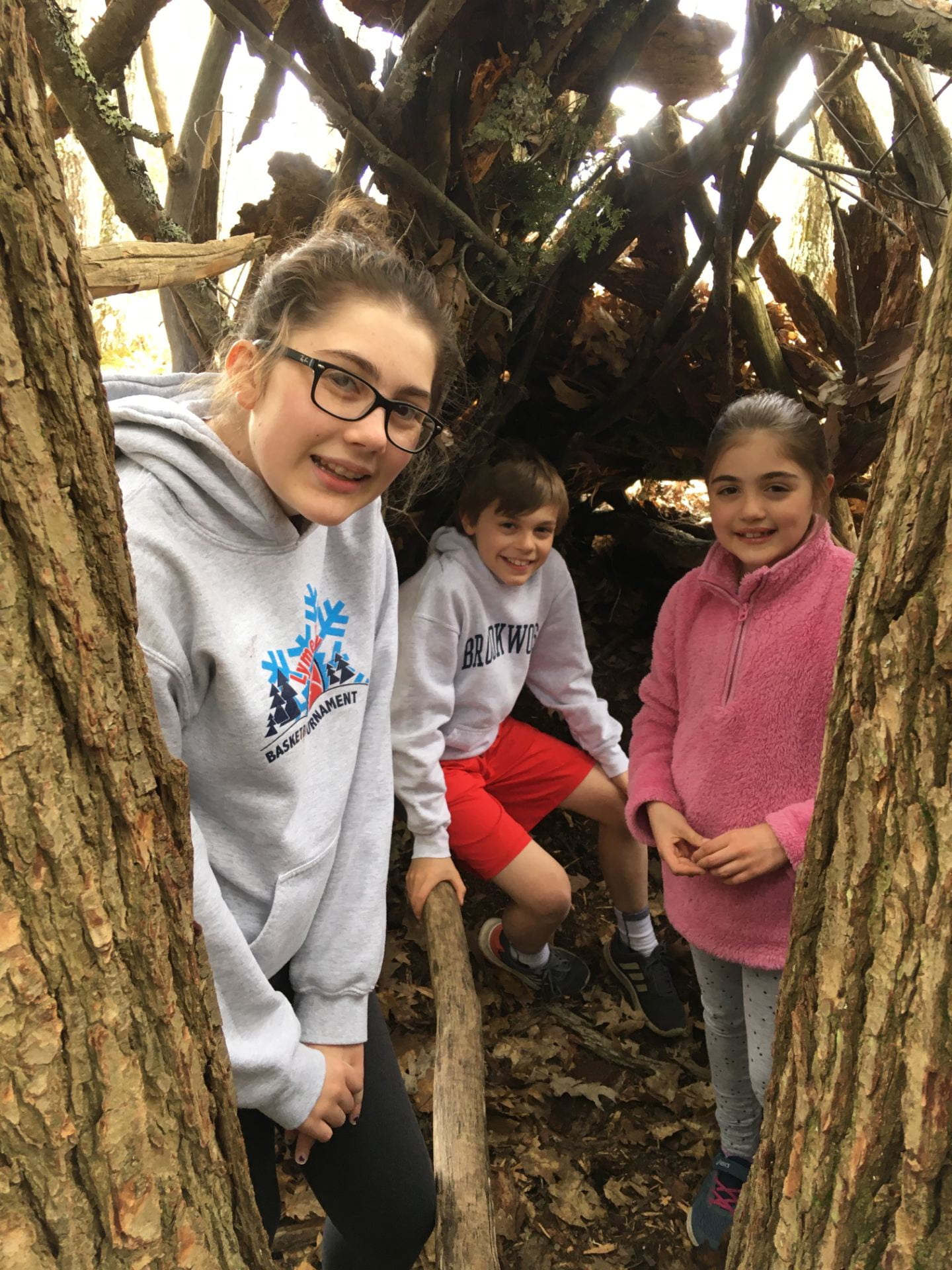 This family hiked Mt. Tom in Woodstock during their daily family exercise time and found this fort at the top!

One of this week’s science lessons was all about physical and chemical weathering, and the extra credit challenge was to find examples of weathering when we are out on our daily walks.  Here are some of the contributions! 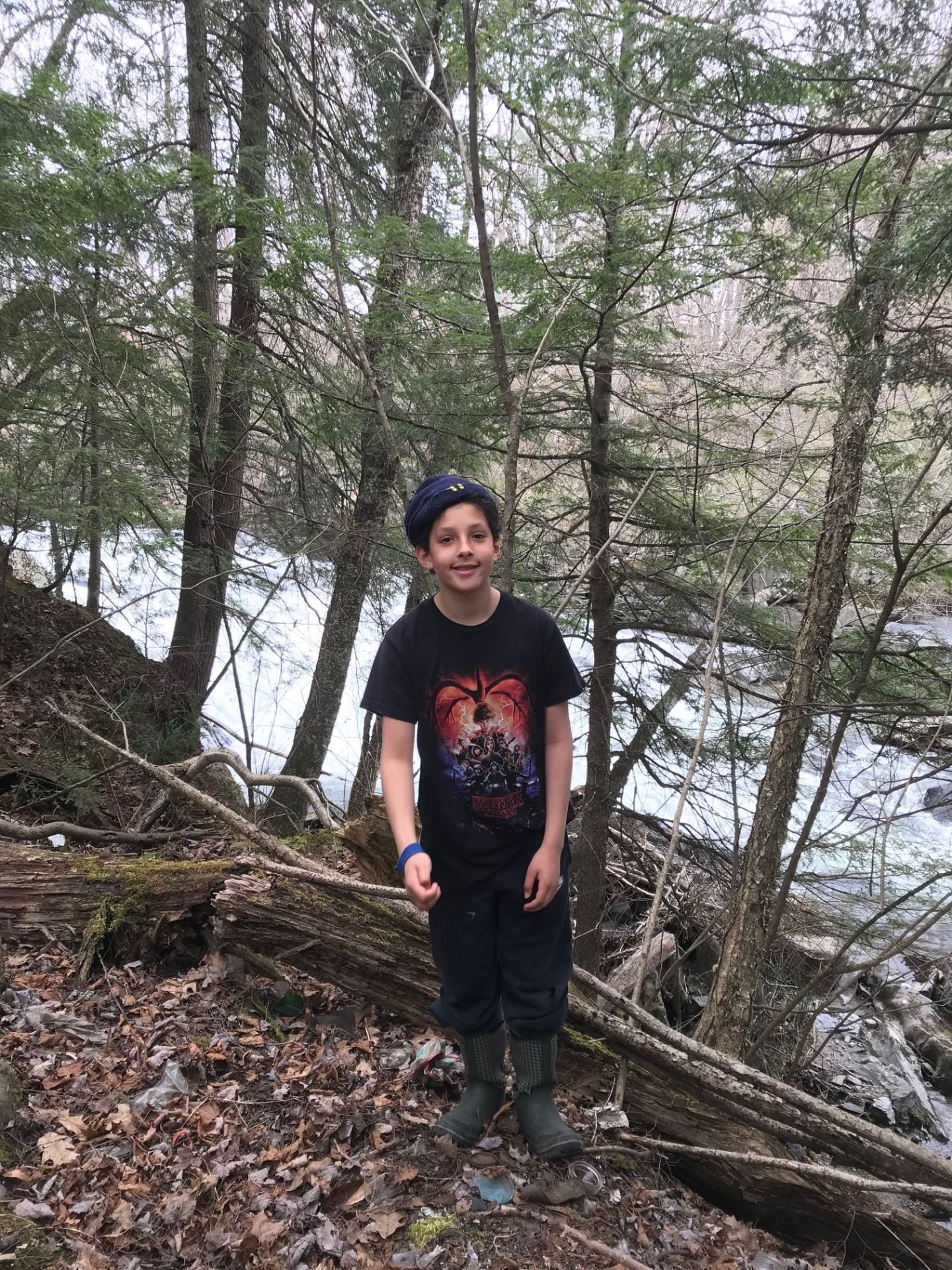 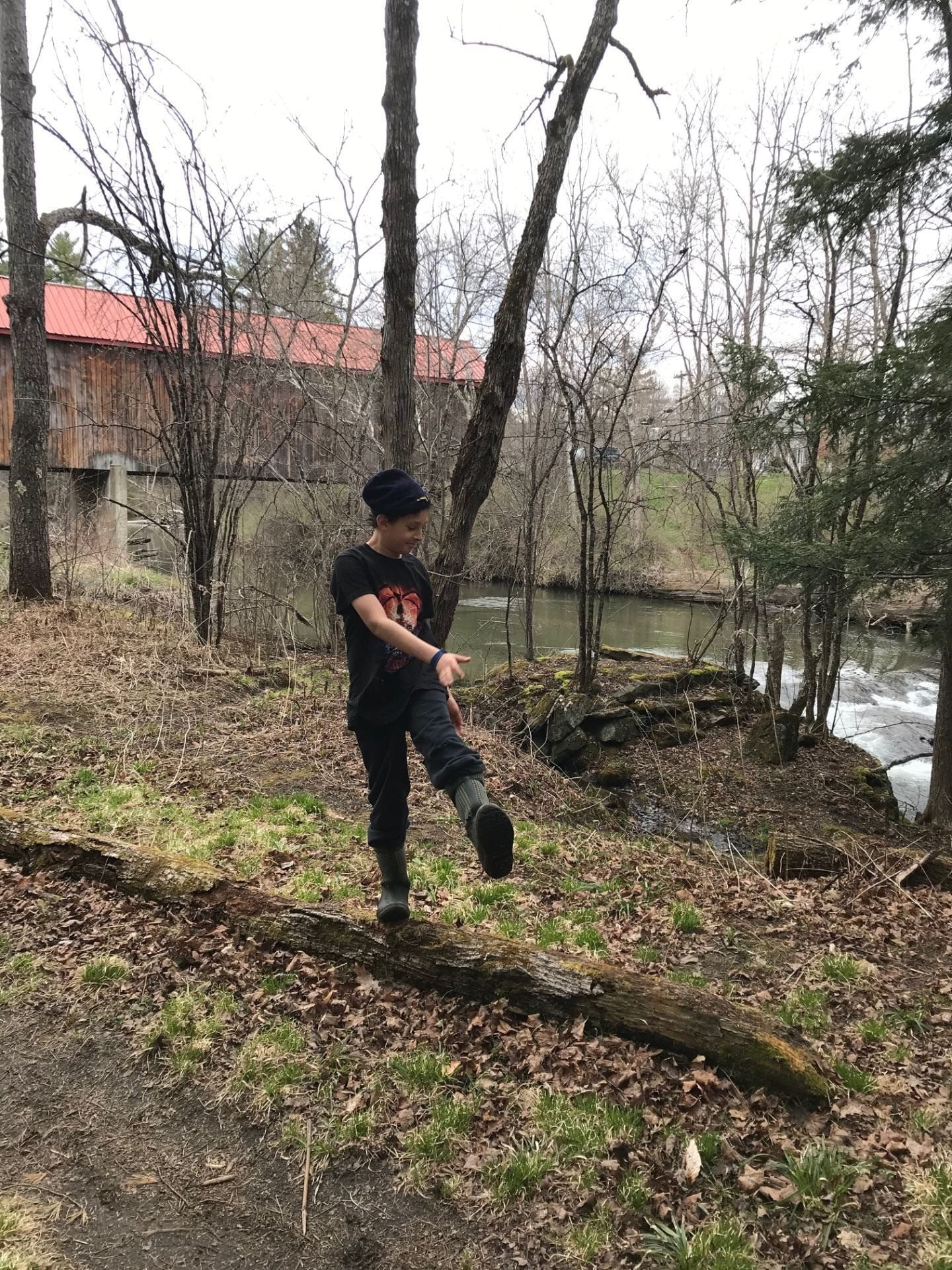 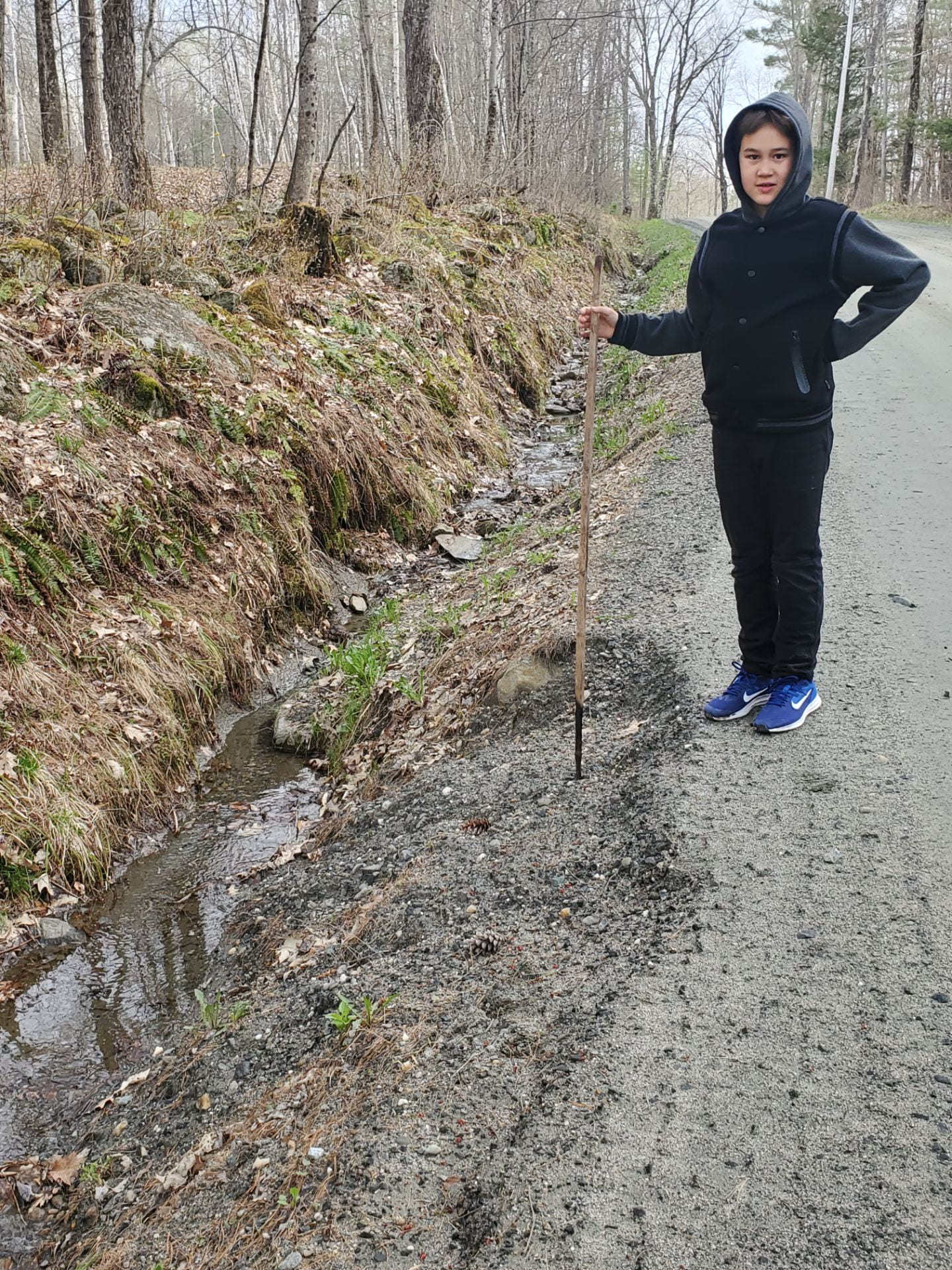 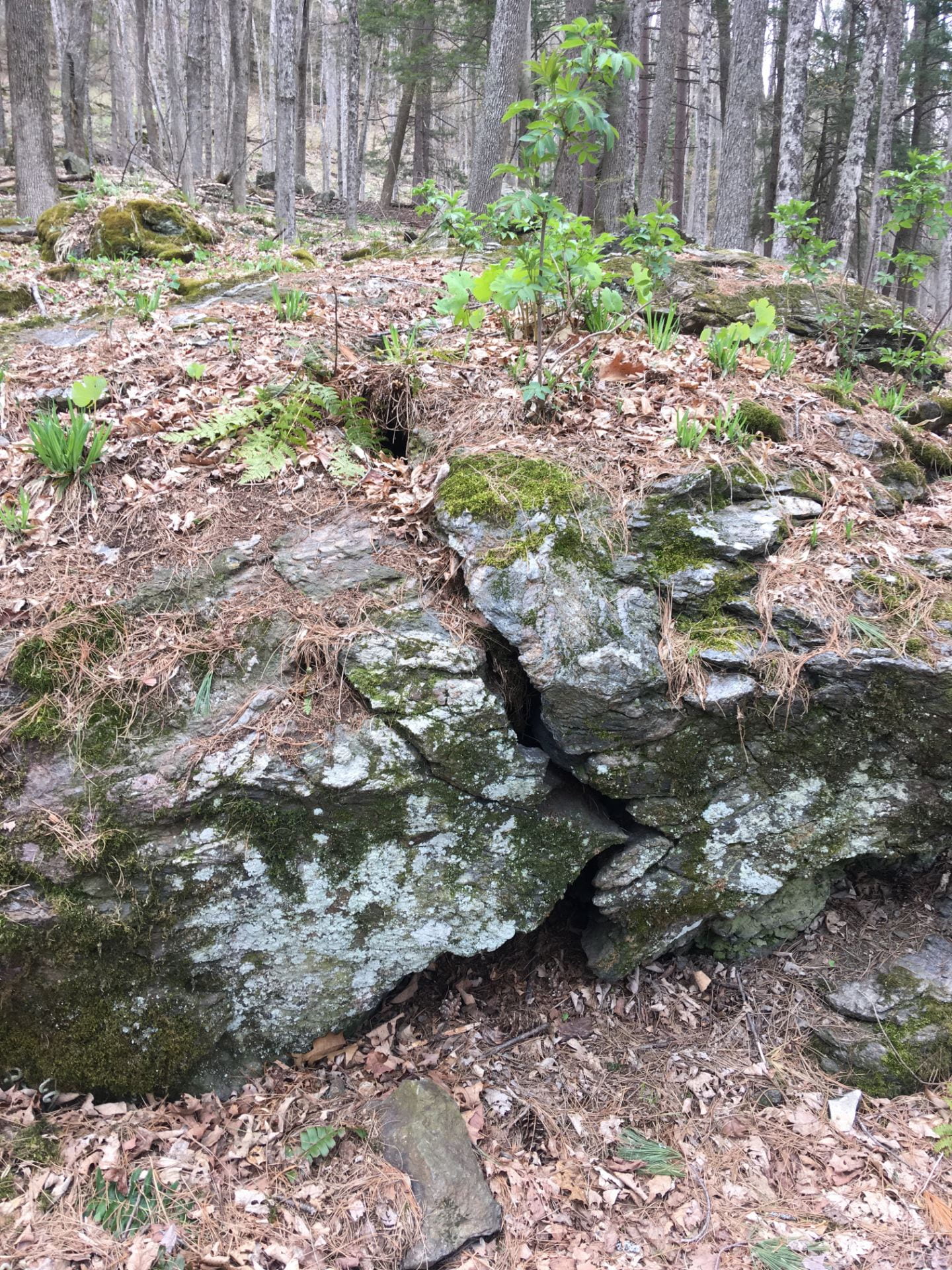 Charlotte’s discovery on her walk. 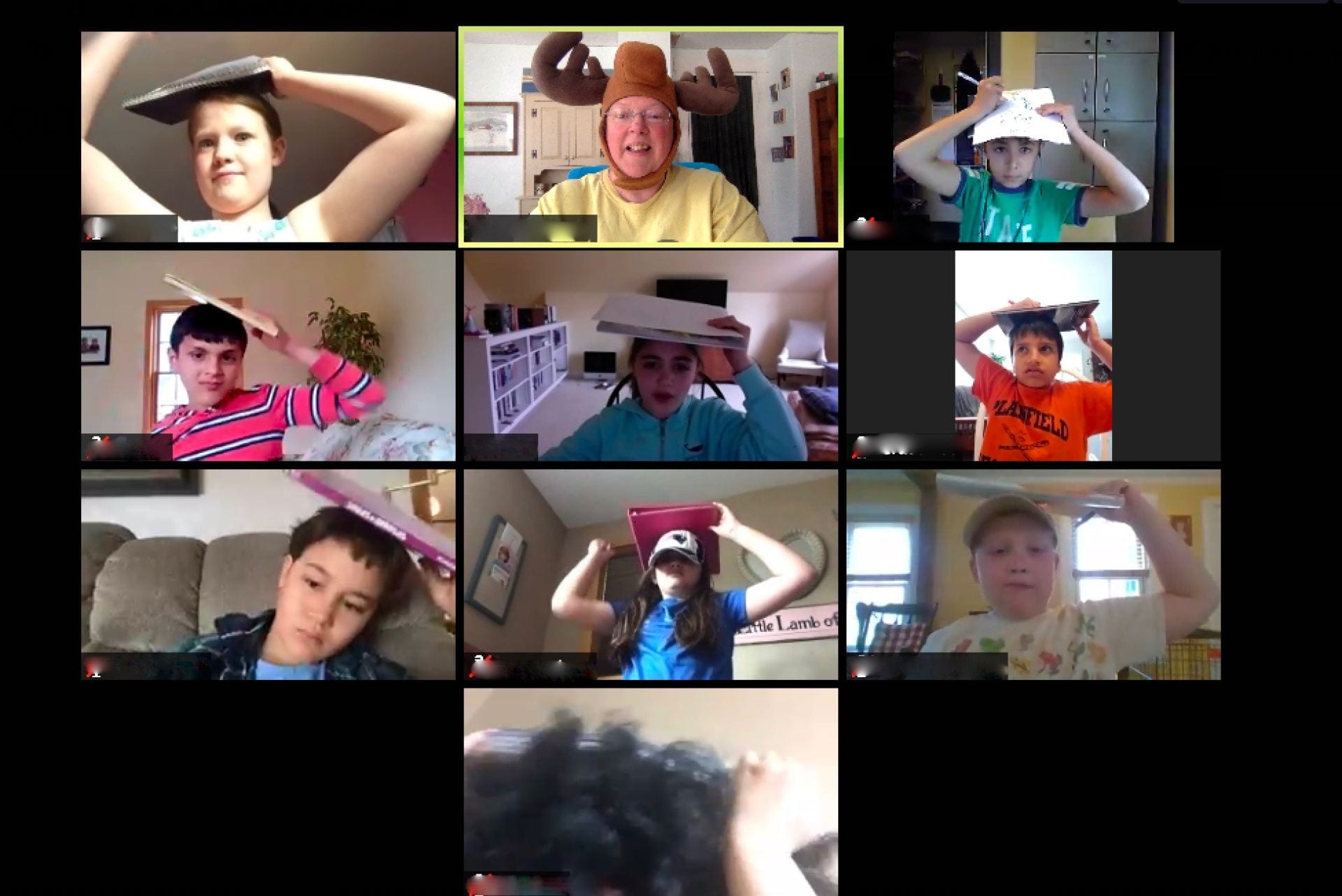 Quite a lot of chuckles today as it was funny hat day, although the hats are mostly off in this photo.  Then we did the “paper plate on your head” game to create hilarious spring pictures. 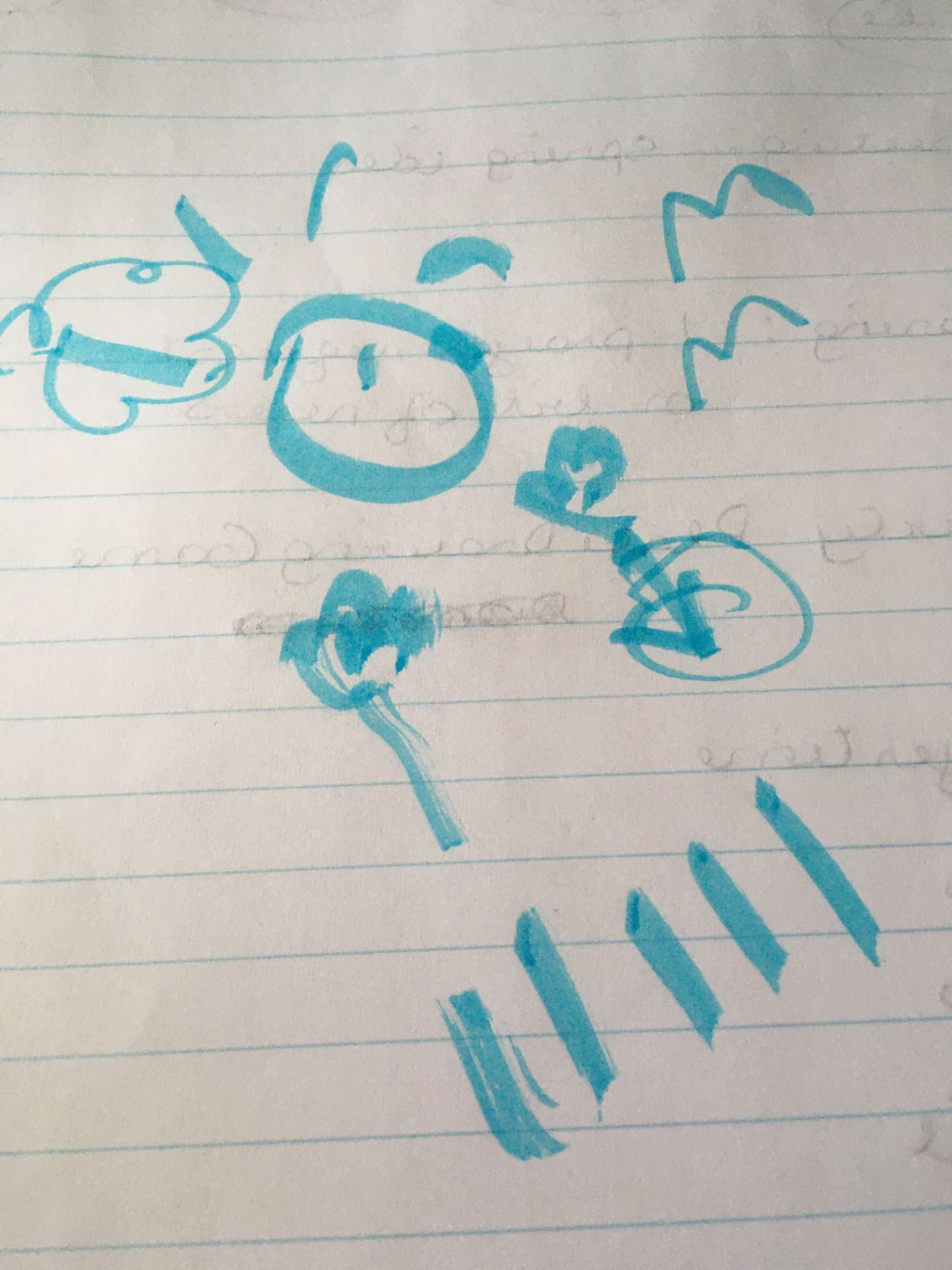 Enjoy my lovely drawing of grass on the ground, a sun with rays in the sky, two flowers in the grass that are not touching, two birds in the sky under the sun, a ball between the flowers, and one cloud in the sky next to the sun.  Ha ha! 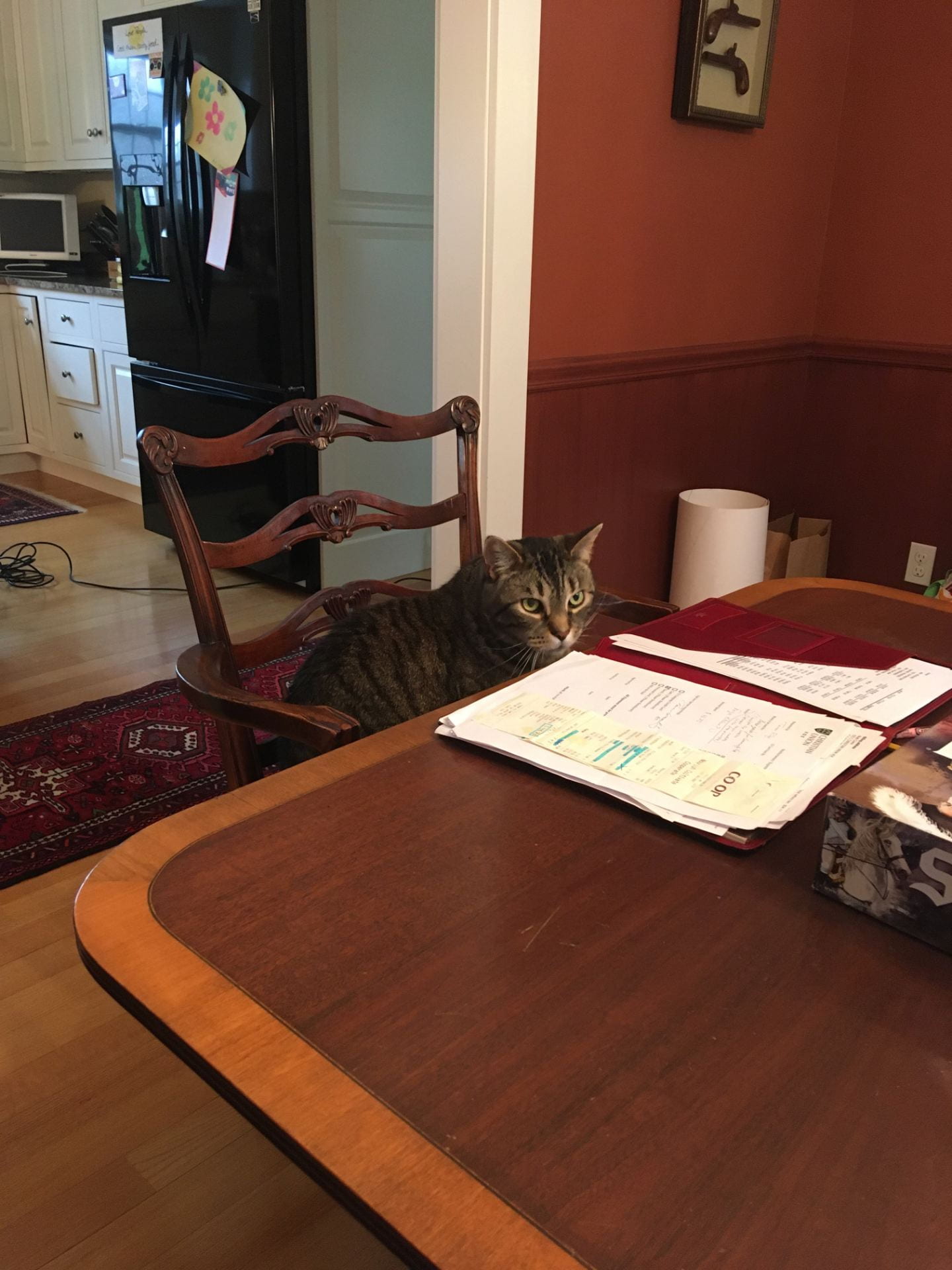 We modeled plate tectonics with food.  Check out these examples!

***A convergent boundary is a place where two plates push together.  This type of collision can create mountains.

***A divergent boundary is a place where two plates pull apart from one another.  These can cause trenches to form and volcanic activity to increase. 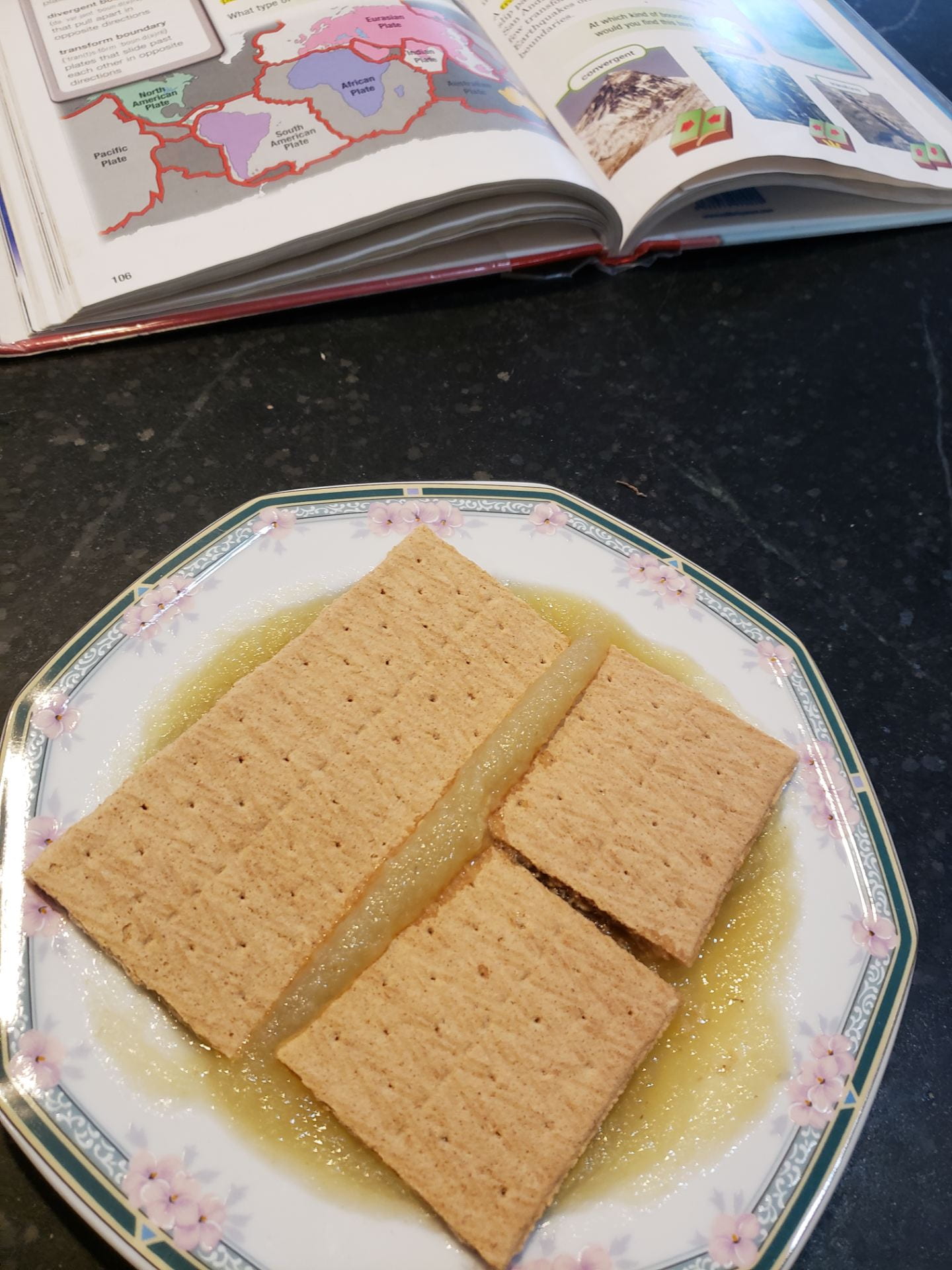 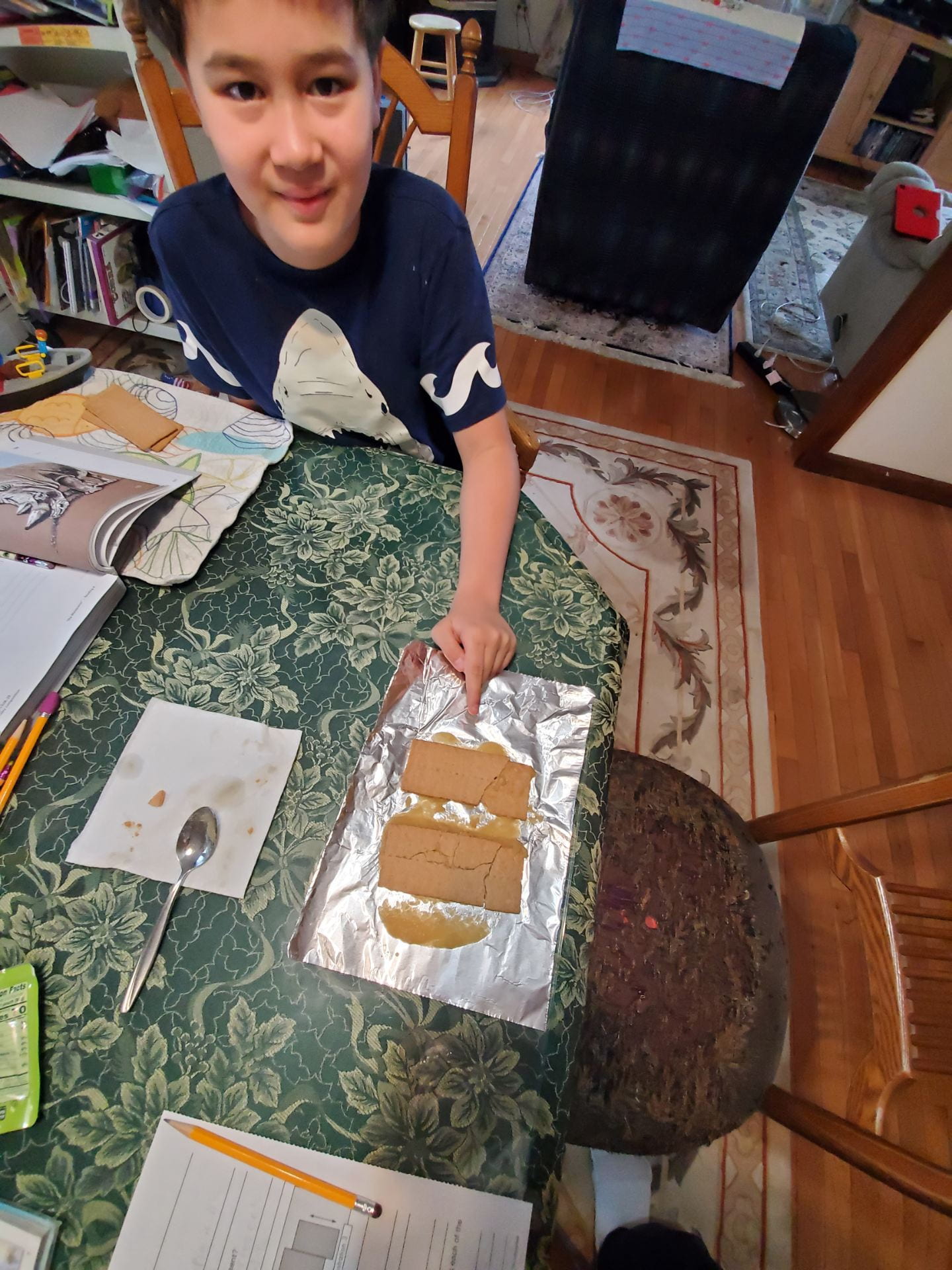 ***A transform boundary is a place where plates slip past each other in opposite directions.  Earthquakes often form along these boundaries. 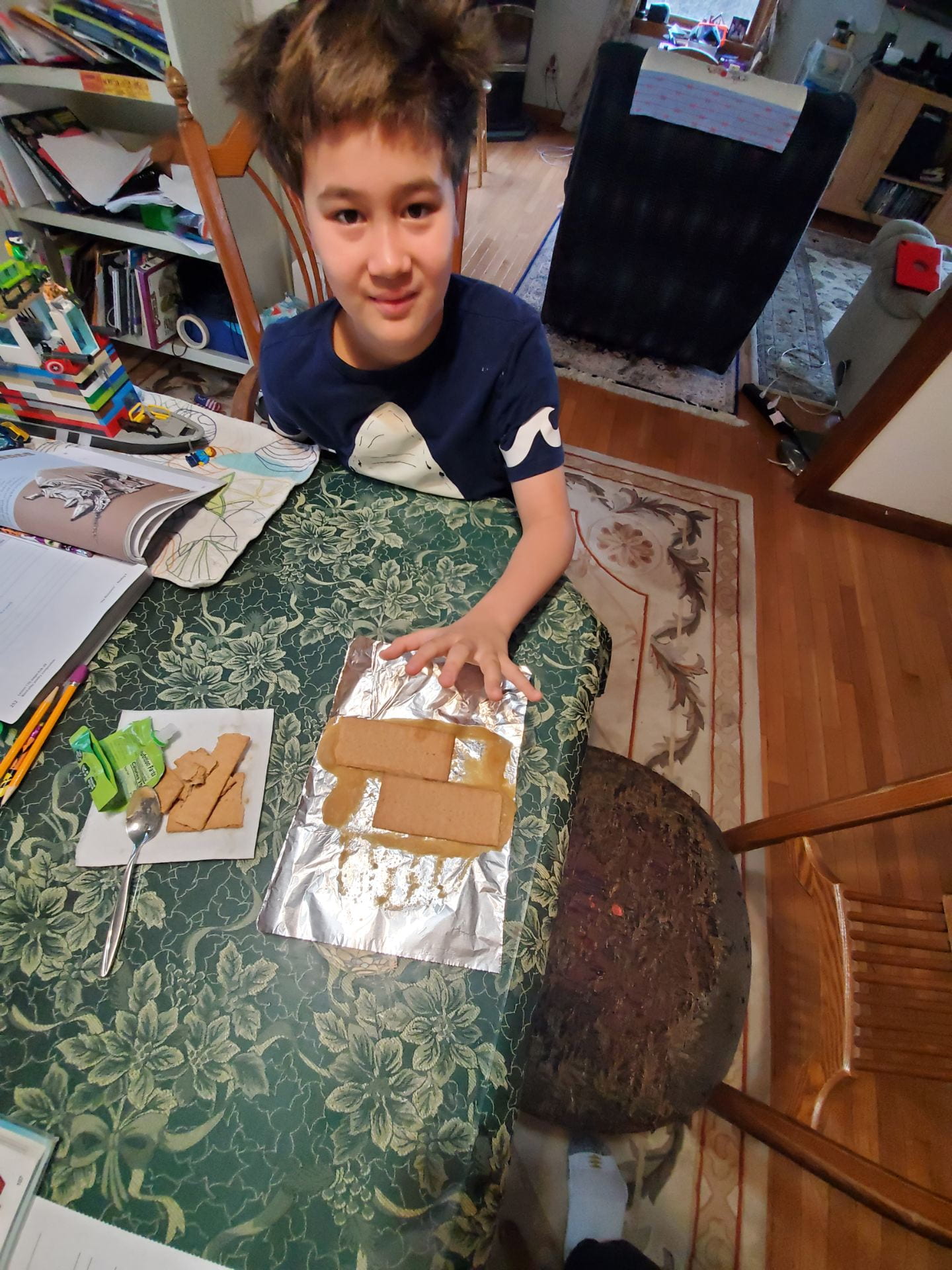 Distance learning is definitely a challenge, and we are all so proud of the amazing teamwork and effort that is happening.  Cheering you on today! 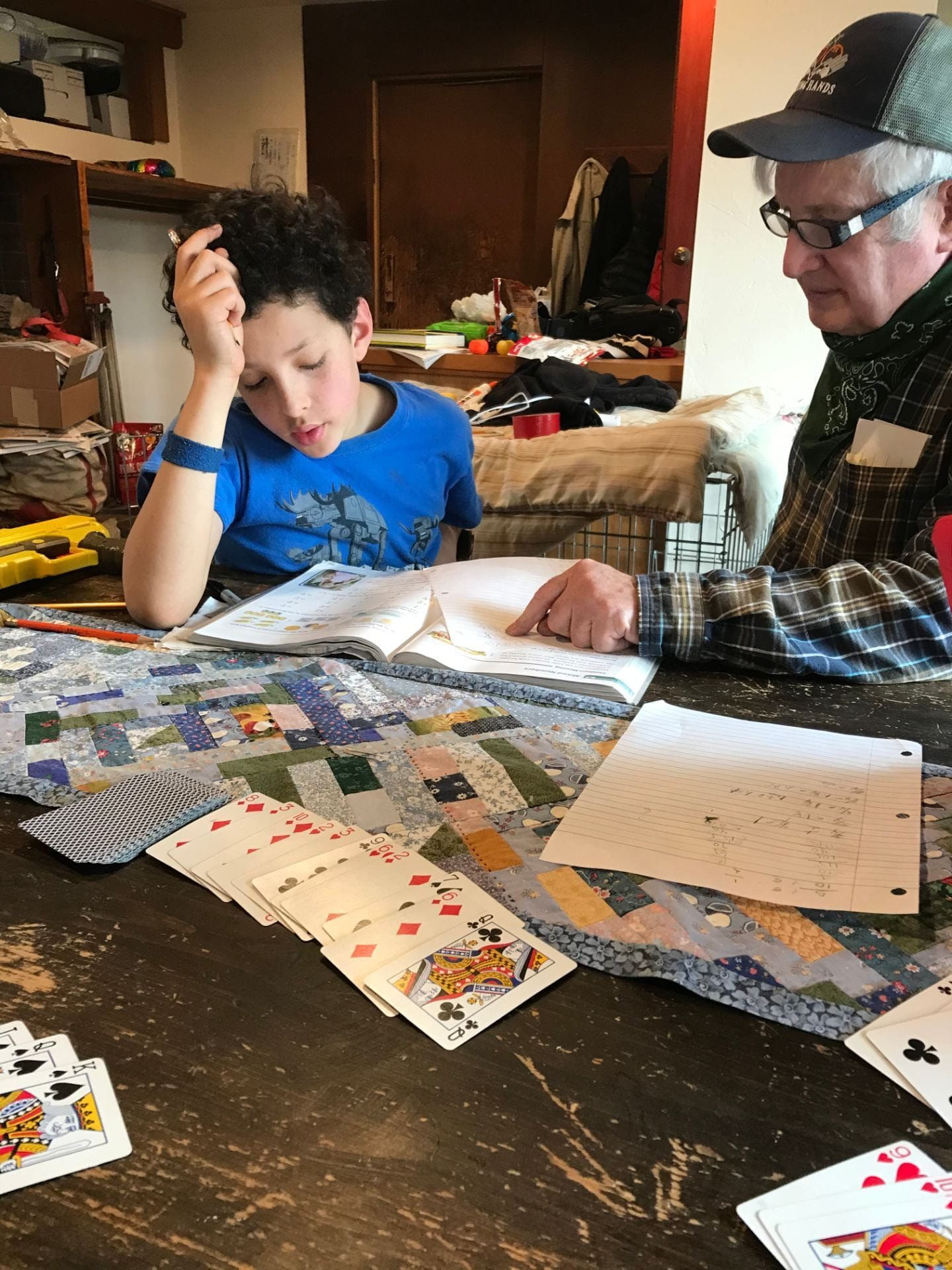 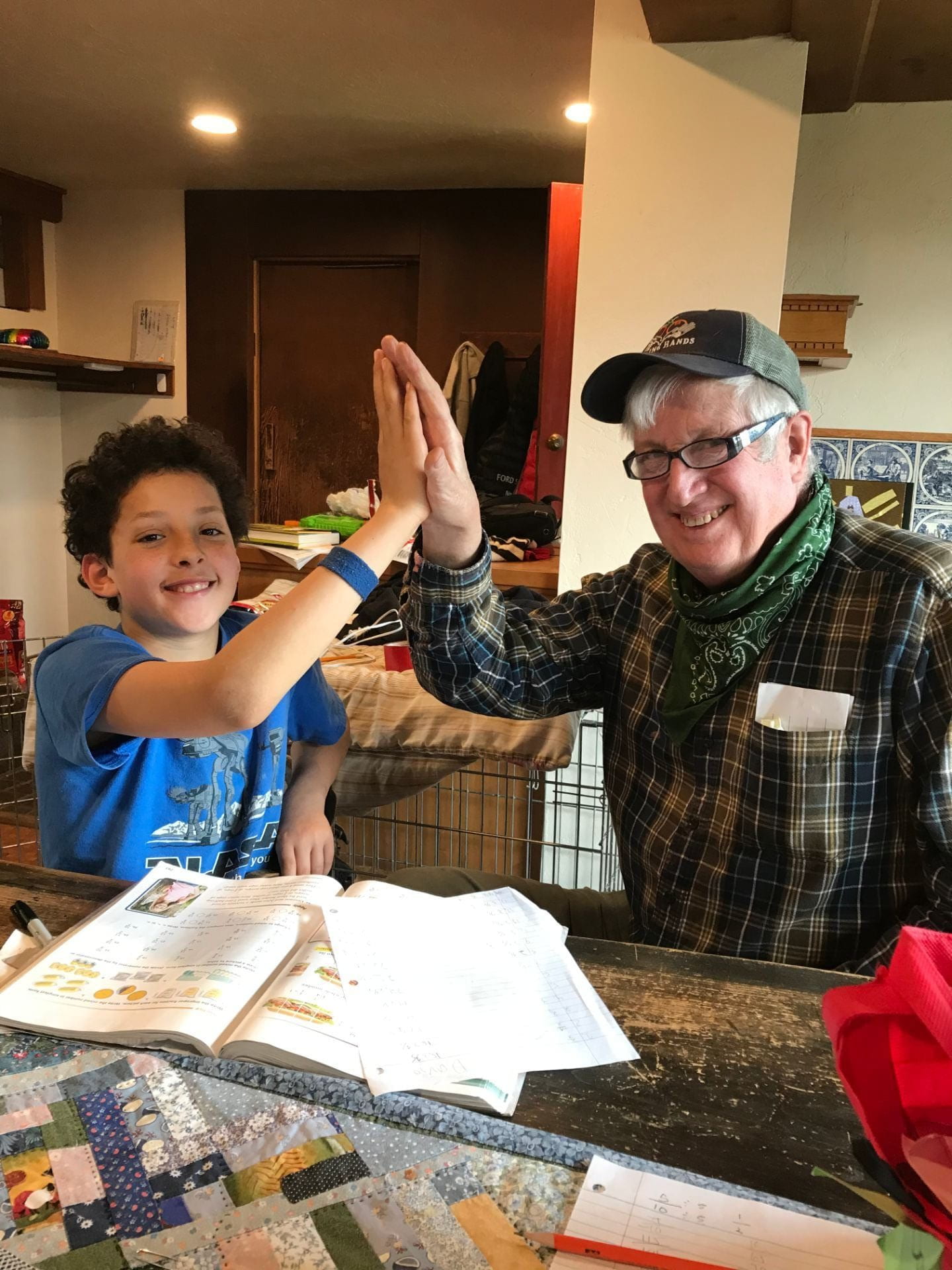 Members of the Commenting Team